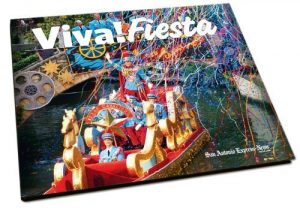 The highlights of Fiesta San Antonio include more than 100 events attending by approximately 3.5 million people. Some of the events include fancy balls, carnivals, and food festivals. Music is an important part of the celebration and visitors to Fiesta San Antonio will enjoy a wide variety of music including Jazz, Mariachi, Rock and Roll and Big Band music.

The three main parades are particularly well attended. Two of the parades go down Broadway, past the Alamo, and one is along San Antonio’s famous River Walk. The oldest and most famous parade is the Battle of Flowers Parade. The Battle of the Flowers Parade is the only parade in the country that is entirely produced by volunteer women. The Fiesta Flambeau Parade takes place after the sun goes down and features floats, dancers, horses, and cars that are well lit up for a dramatic effect. The River Walk parade is unique in that the parade floats do float down the river.

A nonprofit organization oversees all of the events during this 10-day long city celebration. There is so much to do during these 10 days that it may take a visitor the entire length of the festival to see all of the attractions.

The Alamo in San Antonio, TX
As a symbol not only of San Antonio but of the entire state of Texas, The Alamo stands as a sacred place to come and reflect upon being Texan and American.