Mountain bike maintenance is difficult for people unfamiliar with different bike components. Here’s a quick guide to the ten mountain bike parts that most often confuse.

Since the first mass-produced mountain bike was created in the early ’80s, mountain bike technology has moved on considerably. Key mountain bike parts, however, remain consistent and, once familiar with them, most regular mountain bikers can carry out essential bike maintenance at home. 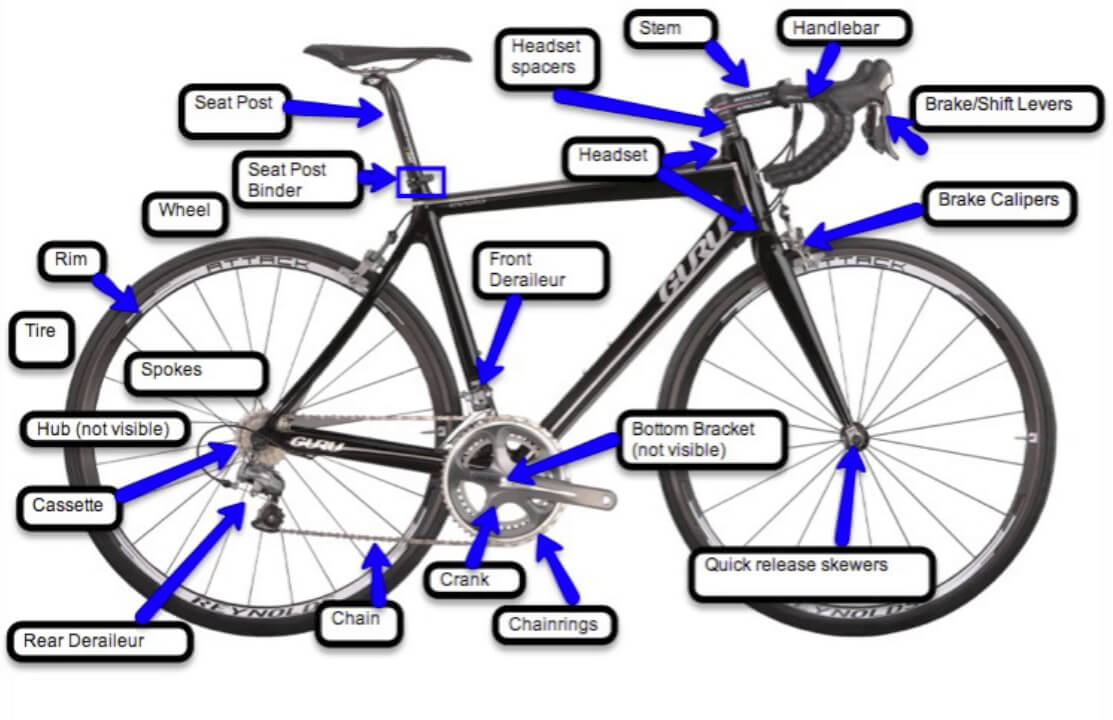 This essential bicycle component forms part of the bike frame and houses the axle which attaches to the pedal crank. Without it, the pedals won’t turn.

The crank connects the bottom bracket axle with the pedal. Cranks come in sets with two cranks (one for each pedal) and a set of chainrings or sprockets through which the chain passes.

The cassette is the term for a cluster of chainrings used on a rear wheel. It attaches to a (freewheel) hub and the chain passes through it.

This unusually named bike part is essentially a mechanism allowing the chain to shift from one chainring to another thereby changing gear on a multi-speed bicycle. Front and rear derailleurs are different as the rear one has pulleys.

This term describes the gear hanger and should not be confused with the old fashioned American synonym for “bottom bracket.” The gear hanger is a metal dropout, which attaches to the frame and the rear derailleur. On most modern frames the hanger is separate from the frame as it is easily bent if the derailleur hits a rock.

The headset is the part connecting the bike frame to the front fork allowing it to turn for steering. It consists of four sections secured in place by a washer and a lock nut in a star shape, which requires a special tool if replacing one headset for another.

The stem connects the handlebars to the steerer section of the front fork. Adjusting the size and head angle of a stem can make a significant difference to riding position and is the bike part most often upgraded to maximize bike comfort.

SPD stands for Shimano Pedalling Dynamics and is the abbreviation used to describe Shimano branded clipless pedals, used by a large proportion of mountain bikers.

QR describes the mechanism used on wheels and seat posts to quickly undo or “release” wheels from the hub or to quickly lower or raise a Seatpost for a better fit.

Once familiar with the jargon for mountain bike components, riders can negotiate upgrades to a bike purchase more easily and also carry out their own bike maintenance with confidence.