The Texas Independence Trail Region, incorporating 28 counties from Liberty (east of Houston) along the Gulf Coast to Refugio (south of Victoria) to San Antonio (Bexar County) in the west and to Washington County in the north, encourages travelers to experience the spirit of the Texas independence story. The saga of the struggle for Texas’ independence is one of the most recognized in the world. The larger than life images of Texas heroes and settlers resonate throughout this state and country and beyond. Travelers have a wealth of options to relive this dynamic history and to learn more about the men and women who settled this vast land, to understand the origins of the grand impression this state imprints on residents and visitors alike.

The Texas Independence Trail Region contains a rich variety of heritage-based attractions. Historical sites like the Alamo, Presidio La Bahia and the San Jacinto Monument and Battle site inspire visitors with their depictions of Texas history.

Historical sites such as these and heritage museums are listed by the city under the “historical sites” link. With such a wealth of cultural and heritage attractions, the 28 counties that comprise the Independence Trail Region offer many unexpected treasures as well. “Unique Sites/Museums” lists (again, by city) attractions that offer a different perspective on the world around us, or serendipitous information about things that are too often forgotten by our traditional heritage sites. Here you will find the Stanzel Model Aircraft Museum in Schulenburg, the Funeral Service Industry Museum in Houston, and the Monastery of St. Clare Miniature Horse Farm near Brenham along with dozens more.

The Texas Independence Trail Region also has a number of renowned courthouses among its 28 county seats. And other heritage attractions, like historic churches and cemeteries, which are poignant reminders of our past. Many courthouses, cemeteries, and churches serve to assist as genealogical resources. Whatever your interest, from natural beauty to history and beyond, we’re sure you’ll find plenty to keep you busy as you travel off the beaten path in the Texas Independence Trail Region.

For information on admission prices and to confirm times and locations, please call the contact numbers. We appreciate your patronage of our attractions.

Teachers and students of Texas history: the Texas Independence Trail Region Board of Directors is committed to developing educational resources that can supplement and enhance the Texas history experience for students and teachers alike. This is a commitment that will take time, but we continue to develop ideas for these pages. Currently, we offer a list of age-appropriate books on Texas history, county-specific histories 1822-1837, and county-specific resources for teachers. We will also develop specific resources for teachers and students in the near future. Teachers: please browse the entire site at your convenience and share any feedback you would like. The county pages include a link to county history that might provide a jumping-off point for discussions of local history in your classrooms.

Texas Independence Trail – Go-Texas.com
www.go-texas.com/Texas-Independence-Trail
In the saga of Texas history, no other period is so distinctive as the interval of Texas’ struggle for independence and its nine formative years as a sovereign republic. In the Texas Independence Trail Region, encompassing 28 counties from Houston to San Antonio, the stories of this era are retold at historic sites and museums.

Trace the Road to Texas Independence | Historic Texas Sites
www.visithoustontexas.com/things-to-do/arts-and-culture/historic-sites/texas-independence
The Texas Independence Trail traces the struggle for Lone Star freedom across Southeast Texas. There are dozens of important sites that make up the trail, but three stand out above the rest as decisive locations in the run up to independence. Washington on the Brazos – Birthplace of Texas

The Texas Independence Trail, Part I | Frommer’s
www.frommers.com/trip-ideas/road-trip/the-texas-independence-trail-part-i
A good sense of humor seems to be standard along the Independence Trail, which celebrates Texas’ fight for freedom from Mexico back in the 1830s. But my inspection of the route indicates a healthy respect for travelers’ budgetary concerns as well.

Texas Historical Commission – Wikipedia
en.wikipedia.org/wiki/Texas_Heritage_Trails_Program
The Texas Historical Commission administers this statewide heritage tourism program. This program is historically based in the ten scenic driving regions that Texas Department of Transportation and Gov. John Connally designated in 1968 in connection with the World’s fair in San Antonio, Texas, called HemisFair ’68.After the fair, these trails were all but forgotten.

Exploring the Texas Independence Trail | Travel | stltoday.com
www.stltoday.com/travel/exploring-the-texas-independence-trail/article_106c85f0-0901-5628-a3b0-b733792c0ce7.html
The trail continues through other towns in Austin’s colony, quaint Bastrop, Independence and Washington (formerly Washington-on-the-Brazos), where the Declaration of Independence was signed and …

2020 Texas Independence Bike Tour | Rotary Club of Deer Park
portal.clubrunner.ca/3925/Stories/2020-texas-independence-bike-tour
The Texas Independence Bike Tour is a one day event bringing cyclists from the Houston area together to tour the San Jacinto Battleground and adjacent communities. This event brings the community and Texas history together and raises funds to support the Deer Park Rotary Club’s service and scholarship programs. This is a Recommended Ride.

Texas Independence Bike Tour – All up to date 2020 Texas …
wheelbrothers.com/texas-independence-bicycle-tour
The Texas Independence Bike Tour is a one day event bringing cyclists from the Houston area together to tour the San Jacinto Battleground and adjacent communities. This event brings the community and Texas history together and raises funds to support the Deer Park Rotary Club’s service and scholarship programs. This is a Recommended Ride.

Independence Trail – Ride Texas : Ride Texas
www.ridetexas.com/independence-trail
Enjoy scenic backroads in this northern portion of the South Texas Plains. Stands of large oaks and native pecans dot vast rolling ranchlands, with various other trees following meandering creeks. Goliad, dating back to 1749, is one of the most historic towns in Texas. It played a major role in the Texas fight for independence from Mexico. Visit Mission Espíritu Santo, Presidio La Bahía …

Texas Independence Trail Region Attractions | Tour Texas
www.tourtexas.com/attractions/texas-independence-trail-region-attractions
Texas Independence Trail Region Attractions. On October 2, 1835, a small group of Texian settlers fired the first shots of the Texas Revolution during the Battle of Gonzales. For the next six months, Texas’ revolutionary forces clashed with the Mexican army led by General Santa Anna in a struggle that forged a new nation. 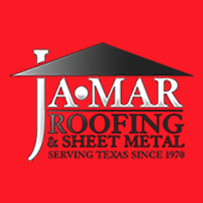