Built in 1724, the Alamo was first named Misión San Antonio de Valero and was originally intended to serve as a home to missionaries and their converts in this region. 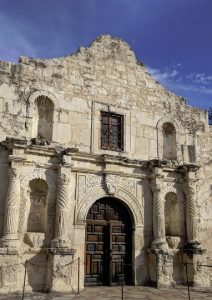 Today, this site is commemorated for the immense role it played in the Texas Revolution, and was renamed the Alamo by the Spanish soldiers in memory of their hometown in Coahuila. Present-day visitors can relive the legendary past of the Alamo on the famous Battlefield Tour, which guides you through landmarks like the Musquiz House, the San Fernando Church, the Maverick House and the funeral pyres on Commerce Street.

You can even voice your support for the preservation of the Alamo, by buying yourself, or a loved one, a commemorative brick, or even donate a limestone Patio Paver. The well-informed docents, who lead you through the Alamo, also offer you a unique eye-opener into the various fables that shroud the historic battle, while history buffs can browse through the rare artifacts and memorabilia pertaining to the Alamo’s past, like a flintlock rifle used in the battle, a period Bowie knife and even personal artifacts belonging to Alamo’s celebrated heroes, which the museum houses.

At the end of your visit, don’t forget to stop by at the gift shop which houses quaint souvenirs like books, apparel, flags and jewelry and take home a bit if San Antonio’s grandiose past with you! Admittance to the Alamo is free of cost and the site is open to visitors from 9 am to 5:30 pm, Monday through Saturday, and 10 am to 5:30 pm on Sunday.

Those looking to include the Alamo into a comprehensive look at the San Antonio area will find a variety of sightseeing tours that visit the Alamo, including:

Remembering The Alamo
All reenactments during the two day events of Remembering the Alamo will be free, and held in the Alamo Plaza. 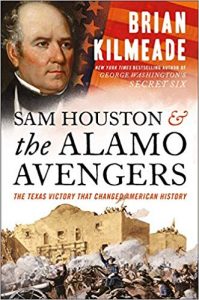 Remembering the Alamo is a re-enactment of the final two days of the Battle of the Alamo (March 5-6, 1836). The event takes place in Alamo Plaza in San Antonio on a weekend in March. It also includes a special ceremony called Dawn at the Alamo which occurs on the morning of March 6 every year. The weekend event includes band, marching drills, cannon demonstrations and more.

The San Antonio Living History Association seeks to educate visitors about what the Battle of the Alamo was actually like for the men, women and children who lived in the area in 1836. The event is fun, exciting and educational for the entire family and make a visit to the Alamo come alive.

Fall at the Alamo